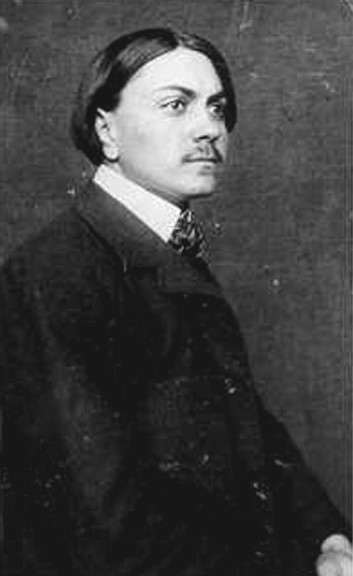 Máttis-Teustch, an ethnic Hungarian in Romania, attended the School of Design in Budapest and learnt to become a sculptor at the Munich Academy in 1902-05. He lived in Paris from 1906 to 1908, and from 1908 onwards, he was a teacher of small sculpture and art history at the trade school in Brasov,. Romania.

His early naturalesque landscapes and pictures on ecclesiastical and ethic issues were followed by more and more abstract compositions.

His water colours and black and white linocuts reflected a state of mind brought about by his experiments in the country. He joined the Abstrakte Gruppe der Sturm in Berlin in 1918. He met the A bis Z Group in Köln in 1919, later Bauhaus in Weimar. He worked in Hungary during the Hungarian Soviet Republic, then returned to Brasov. His subject matters became more and more abstract (a series of "Flowers of the Soul"). He also did sculptures of coloured clay and wood ("Female Figure", 1920).

He took part in Romanian avantgarde from 1923 onwards. He suggested activity with the pictures entitled "Social Structures" by emphasizing the vertical axis. He spent summers in Nagybánya from 1928 onwards. His figures were filled with more definite content after he had learnt the hard lives of miners.

He represented expressionism and abstraction later. He never materialized his fresco designs although he did series of them in 1932-1940. He gave up painting during Worl War II. His surrealistic period during 1945-48 showed a new demand for psychological analysis.

In the early 1950s, he painted naturalistic genre pictures. In his last period from 1956 onwards, he painted hands and legs only.