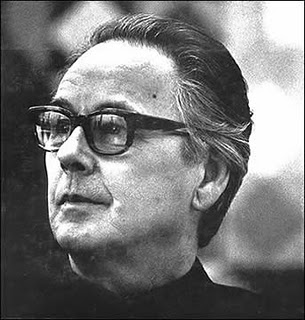 Victor Vasarely is a preeminent painter known as the father of the Op Art movement. Vasarely studied medicine at the Budapest University in his early 20s before abandoning his medical studies to go to the Muhely Academy, the center of the Bauhaus movement in Budapest. While studying there, he was influenced by the work of color theorist and artist Josef Albers (American/German, 1888-1976), as well as the Constructivist methods promoted by artists such as Wassily Kandinsky (Russian, 1866-1944). While Vasarely’s earlier work was concerned more with color theory, during the 1950s and 1960s his work became more focused on the optical potential of the two-dimensional surface. He began to use complex and colorful patterns to actively engage the viewer’s eye, and to convey a sense of kinetic energy across the two-dimensional surface. Vasarely’s work was heavily influenced by his time spent at Breton Beach of Belle Isle in France, which also prompted the creation of his prominent Belle Isle series. This series displays an intrinsic concern with the internal geometry present in the natural world, a motif that Vasarely continued to explore extensively throughout his entire body of work. His works present color, form, and pattern as a single interconnected element, a concept that was critical to the foundation of the Op Art movement and the production of his more mature works.