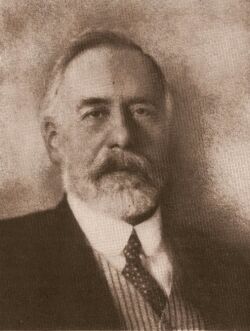 He began his studies at the Munich Academy in 1864; between 1867 and 1869 he was a pupil of Karl Piloty's. Szinyei's early sketches already revealed his search for new ways of expression. His friendship with his master, as well as that with Wilhelm Leibl and Hans Makart, left no mark on his plein-air painting. The sketches made in 1869 for "The Swing" and "Clothsline" (Hungarian National Gallery) are the earliest examples of Hungarian and Central European Impressionism. He constantly wanted to visit Paris, but did not get there until 1908. In this way be developed his revolutionary artistic concept on his own, quite independently from the French painters. The coloration based on the harmonious effect of complementary and contrasting colours and colour values full of light is fully developed in his main work. "Picnic in May" (1873).

His painting "Bath House" won him a medal at the 1873 World Fair in Vienna but "Picnic in May", similarly to his later works was met with a general rejection. In 1873 he returned to his family estate and painted less and less. It was not until 1896 that his work was gradually acknowledged; then he returned to the art life and won several gold and silver medal (1896 Budapest, 1900 Paris, 1901 Munich, 1904 Saint Louis, 1910 Berlin, 1911 Rome); his self-portrait painted in 1897 was asked for by the Uffizi Gallery of Florence. As Member of the Parliament, he fought for the modernization of art education after 1897 be continued to do so after, 1905, now in the capacity of the Director of the Academy of Fine Arts of Budapest. In 1908. in the company of others, he founded the first society of modern art in Hungary, the Circle of Hungarian Impressionists and Naturalists. In the last phase of his career he mainly painted landscapes.