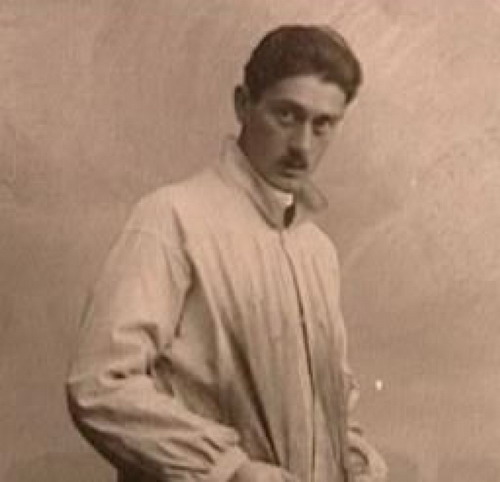 Painter and graphic artist. He was one of the most popular painters of the 20th century. During 1915-18 he studied in Budapest to become an art teacher. As a private teacher, he travelled with the Szinyei family to Switzerland. After a year in France, he returned to Hungary in 1923. He spent three years in Rome on a fellowship. The popularity of his art is due to a peculiar combination of classical Mediterranean traditions and the restlessness of 20th century man. The mostly sacral scenes of his pictures, identical with subject matters of the Rome school, are portrayed in a direct sensual style. In the 1920s, he created a richer version of plein air painting (e.g. stronger colours in his Swiss landscapes). In his drawings and character drawings, thorough observations were acompanied by elegant stylization, cubistic characterization and expressionism.

Portrayal, colours and surrealism created a perculiar version of neo-classicism in his ecclesiatical pictures and frescoes. His major works: "The Angelic Salutation" (1929), "Indian Summer" (1929-30), "Madonna in Pullover" (1930), and frescoes on state and church commissions: the triptych of the church in Béke tér, Budapest (1942), the triptych of the municipal parish church (1948), the triptych and five pictures of the parish church Erzsébet, Szombathely (1954), Bernadett altar of the parish church in Józsefváros, Budapest (1959), and panneau of the Hall, Pécs University (1967). He illustrated several books.