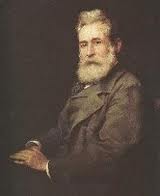 Lotz was one of the greatest Hungarian academic painters in the style of Historicism. He started his studies at the Viennese private school of Karl Rahl in 1852; later he worked for Rahl by drawing his preliminary cartoons. Between 1855 and 1870 Lotz painted his panneaux in a characteristically romantic style. The female portraits and nudes painted between 1855 and 1879 show the stylistic traits of lyrical realism and fine naturalism. Lotz was one of the most popular mural painters of this time. His murals were always in harmony with the style of the building they were designed for. The frieze compositions decorating the staircases of the Hungarian National Museum and the frescos in the Budapest Vigadó (Casino) - both done jointly with Mór Than -, the ceiling of the Opera's auditorium, and the murals in the House of Parliament are among his best-known works.