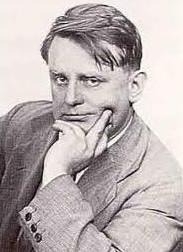 Painter and graphic artist. After his studies at the Art School in 1912, he worked under Adolf Fényes and after military service, he took up drawing at Viktor Olgyai. His favourite subject matter was the world of markets and circuses which appeared in his paintings with the noisy colours of expressionism and Italian novocento.
His spent the summers of 1921-23 in Nagybánya. He was at the Hungarian Academy in Rome for three years after 1928, and was a renowned representative of the so-called Roman School. He painted frescoes for the Roman Catholic church of Jászszentandrás, and Hősök Kapuja in Szeged in 1936 (white-washed after 1945), he worked on frescoes of the Szent István Mausoleum in Székesfehérvár and on those of the Church in Városmajor, Budapest in 1938. He was a teacher at the Art School from 1939.
He was a talented and original representative of modern Hungarian painting, of monumental painting in special, a celebrated fresco painter and an artist officially patronized by the aristocracy.